By Brandi Kultys
Even the old and abandoned buildings in the city are beautiful. Regardless of the vines and plants growing out of churches and homes, they still retain an air of magnificence. The decrepit state of them gives off an ominous feeling, but also makes them seem mysterious and draws the looker to them. They seem abandoned and forgotten but it only makes one want to explore and see what their past held. What went on inside of them in the past? What remains from the past lay inside of them now? [more…] 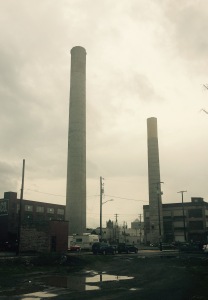 By Molly Briana McMullen
Tradition and history here run as deeply as the anthracite veins once did, and though there are still many who are proud of this past, most find it difficult to cope with its loss even decades after it happened. Now, the city searches for its next big industry or something to pull it out of the smoldering embers it has been left in [more…] 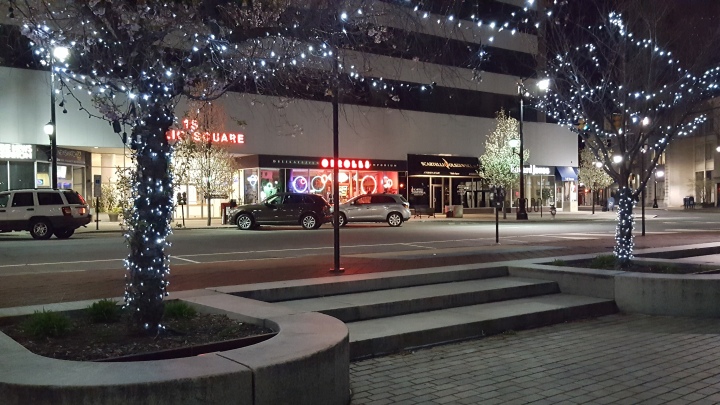 The glowing red sign “15 Public Square” is adjacent to the neon sign that illuminates the word “Circles” also in red. An overarching theme of math is present here, specifically geometry. This place, the Square, is a living breathing paradox [more…]

“There’s Something Good around the Corner,” Photo by Samantha Bucher (April 1, 2016)

The light switches. The green walk sign appears, and I scurry across the street. I pull the straps tighter on my backpack and look around. The city unfolds itself before me like a map. There are creases along some areas from being folded up so many times. Tiny holes pierce the corners [more…]

Northeast Pennsylvania was, at one time, the largest coal-producing region in the United States. This ruined train station was a vital part of that system. It is estimated that the Lehigh-Susquehanna train station shipped over a million tons of coal to New York in its day, making it one of the most active and prosperous train lines in the area [more…]

Most people wouldn’t associate beauty with the Wilkes-Barre City skyline; however, if you have the chance, take a moment to see the view on top of the Boscov’s parking lot—you’ll change your mind in an instant [more…]

This is a shop that I’ve been telling myself since I started working in the adult world that I’d buy something from. I haven’t set foot inside since I was 6 or 7. When I was a kid, my favorite part of the shop was looking into the storefront and watching the owner’s cat lounging on the handmade furniture [more…]

F.M. Kirby Center for the Performing Arts, it boasts. Performing arts? That’s a wide category. What’s beyond the doors? Who is there tonight? [more…]